Marine Parks Association has been working hard in preparing a large model of a humpback whale to be used as an exhibit at the Sustainable Futures Festival on 11 September.  Its primary function beyond the Festival will be as an educational tool, informing youngsters and adults around Port Stephens about our local marine environment.

Some of the educational materials have already been prepared, but The Whale needs a name.  This will be a competition sent out to the primary and secondary schools. The winner and the Whale’s name will be announced at the Sustainable Futures Festival or at the Human Whale event 2 weeks later. The Whale was finally weatherproofed on 17 June – now only painting to do!

The 2022 Human Whale is planned for Sunday 25 September.  Some funding is being sought for this event.

MPA has agreed to fund $1000 in support the EcoNetwork Sustainable Futures Festival series of 2 film nights.  The first event was held on 29 June.  The future sustainability of our seas, oceans and Marine Parks was the theme for the evening with a series of short films, presentations and discussion about marine parks.

The second event will be on 28 July.  The theme for this event will be rivers, their cyclic role in the health and sustainability of our estuaries and seas and the nature and importance of riparian and catchment management to sustainable estuarine ecology and the local marine parks.  This will include an internationally acclaimed film called Rivers.

We may also have drone footage showing some of the estuary catchment area from our local Myall and Karuah rivers, extending as far inland as the Barrington Tops.

There has been no update on the process of the Draft Management Plans.  Met with Kate Washington MP to discuss the status and alert her to the political status of the Advisory Committee. Also to try and get a commitment that Labor would redress some of these issues if they were to win at the next state election.

We also briefed Kate Washington on the importance of Tomaree Head Complex being reserved as a Marine Education and Research Centre for school and university students with interpretive and museum facilities as part of the educational precinct. This would a good way of keeping Tomaree Head facility in community hands.

The 2020/2021 and 2021/2022 MPA AGM are in the planning stages but no date has been set so far.  This will likely be in August or September, depending on availability of members. 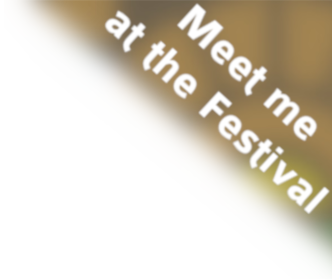